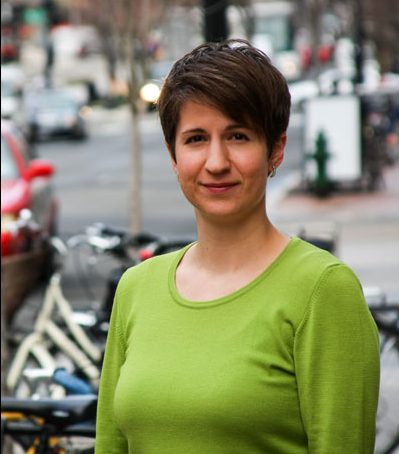 Margaret Anderson brings over a decade of development expertise and program management experience in Africa and the former Soviet Union to CNFA. This includes a range of USAID grants under contract as well as German GIZ-funded in-kind grant activities.

As senior director, Programs, Anderson leads program implementation strategy and contractual compliance with the Washington, D.C. program management unit for the $32 million USAID-funded Feed the Future Rwanda Hinga Weze Activity and the $15.7 million Feed the Future Nigeria Agribusiness Investment Activity. Prior to leading the Hinga Weze team, Anderson served as program director of the USAID-funded Farmer-to-Farmer Program in Southern Africa in Angola, Malawi and Mozambique. She joined CNFA in 2016 as a senior program officer responsible for a $45 million portfolio of agriculture projects in Ethiopia, including the Feed the Future Farm Service Center Project and USAID Agriculture Growth Program-Livestock Market Development Project (AGP-LMD). AGP-LMD, which ended in 2018, increased Ethiopia’s livestock exports by over $19 million and attracted more than $14 million in private investment to the sector. Her field-based experience includes both long- and short-term assignments in Ethiopia, Georgia, Russia, Rwanda and Uganda.

Anderson’s past experience includes managing a $23 million USAID-funded private health sector contract in Uganda and coordinating the closeout of a USAID-funded governance project in Uzbekistan and Tajikistan. Prior to this, she lived in Russia for two years, where she managed an exchange program for American college students in St. Petersburg. A U.S. Fulbright alumna, Anderson speaks fluent English, Russian and German, conversational Spanish and basic Georgian. She holds a Master of Business Administration in General Management and Economics from the University of Chicago Booth School of Business.