Lantana camara fruits on a bush in Matabeleland

In the Malalume Village, Lantana camara, an invasive plant species originally from South and Central America, has been destroying grasses used to graze livestock. To improve the livelihoods of Zimbabweans in rural Matabeleland, Amalima supports Disaster Risk Reduction projects, including providing training on eradicating the Lantana camara weed as well as providing tools and paying workers to remove the weed through the program’s Cash For Assets activity.

Land in the Malalume village of Bulilima district is dry and dusty, not well suited for crop production, making livestock production and sale the main livelihood activity in the area. In 2010, the community saw the quality and quantity of grass deteriorating in their grazing lands – and the conditions of their cattle suffering as a result.

Lantana camara  was introduced to Southern African about 100 years ago as a hedgerow shrub. The plant grows very densely and chokes out native species of grasses and reduces soil moisture. The leaves are also toxic which can lead to livestock skin and eye irritation and death in some cases. Although the plant is classified as a noxious weed by the government and by law, farmers are supposed to notify the Environmental Management Agency (EMA) to come and destroy it, few smallholder farmers know about the regulation. 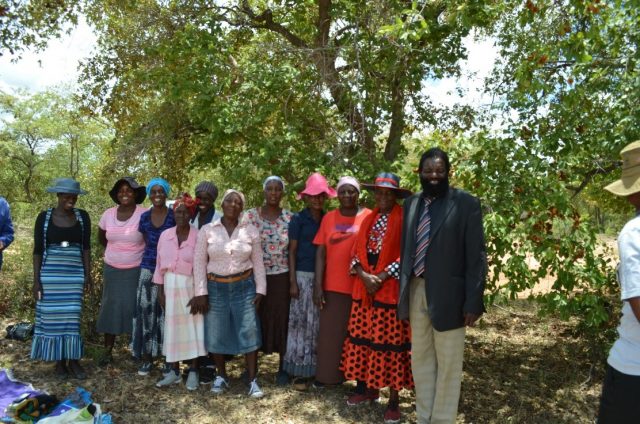 Amalima also supported the community’s Lantana camara removal project by providing gloves, shovels, and picks as well as paying 104 workers for Lantana camara removal through the Cash for Assets activity in 2015.  Workers were paid $30 for a 15-day period of work, using their payment to purchase food for their families and pay for school fees. In total, the workers cleared approximately 12 hectares of land. 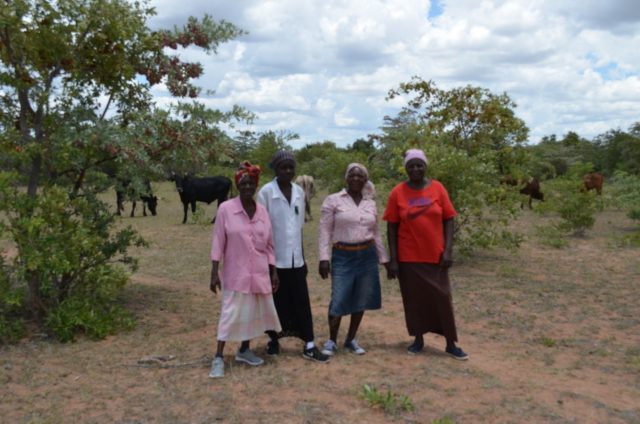 Four members of the DRR committee, including Mrs. Nyathi (second from right), stand in the land that they cleared of Lantana camara

The land has remained clear of Lantana camara since 2015.  The ward councilor says, “Now you cannot see any Lantana camara”.  Keeping the community free of this problem plant has become a community-wide project –  even young people in the village are able to identify the plant and notify the local leadership so it can be removed.

Removing Lantana camara has had a strong impact on the livelihoods of families in the area. The Disaster Risk Reduction Committee says that cattle deaths have greatly decreased, in part because of the improved condition of grazing land since the removal of Lantana camara. Sales from livestock have also increased because the animals are in better condition and sell for higher prices.

One DRR committee member even shared her knowledge of Lantana camara while visiting relatives in South Africa. Mrs. Nyathi saw Lantana camara in the fields, and shared the knowledge she had gained through Amalima training with the landowners. She told them about the dangers of the plant and how to remove it so that it does not return. She says that she does not want to see any animal suffer from Lantana camara in her community or any other community.  She wants everyone to know that they can do it themselves, and “remove it with their own hands!”