Burleson, who has volunteered nine times with CNFA (Cultivating New Frontiers in Agriculture), an international agricultural development organization, was recognized for his support of the F2F program over the past decade, as well as his innovations in soil management and their impact on smallholder farmers worldwide.

“Wayne’s enthusiasm for bringing the successful techniques developed on his own Montana farm to Southern Africa is an example of why the USAID Farmer-to-Farmer program is so successful,” said CNFA President & CEO Sylvain Roy. “When we can teach others the same techniques we trust here at home, people recognize that we want to give them a hand up, not a hand out. This is a powerful message for global development and is precisely why CNFA has been a dedicated partner of the USAID Farmer-to-Farmer program since 1991.”

During his various assignments, Burleson was supported by USAID and CNFA to administer targeted trainings to farmers that incorporated both agricultural theory and hands-on experience. Burleson’s lessons included methods to identify and sustain soil health, planting bed construction, seed sowing, composting “born-again soils,” organic control of pests and diseases and post-harvest handling of fruits and vegetables. These are all critical processes, for which most modern techniques have yet to reach the locations where Burleson volunteered, where even small improvements can have a significant impact in boosting farm productivity and food security.

“I wanted to teach anyone, anywhere in the world, that if you can change the soils and transform them into “born-again soils,” you have the power to grow life-healing food faster, tastier and stronger than ever before,” said Burleson.

Over the years, Burleson has received praise from country directors and farmers that worked with him, often inspiring others to pass on his agricultural techniques to other communities – long after the conclusion of any one F2F assignment.

CNFA: Cultivating New Frontiers in Agriculture, an international agricultural development organization, specializes in designing sustainable, market-led agricultural initiatives.  CNFA builds strong local and global partnerships, incorporates innovative approaches in its programs, and fosters inclusive development to offer enhanced opportunities to under-served groups.  Since 1985, CNFA has managed more than $600 million in donor-funded agriculture development programs and has worked in 45 countries across the world in Africa, Eastern Europe, Latin America and the Caribbean, the Middle East, and South and Central Asia. 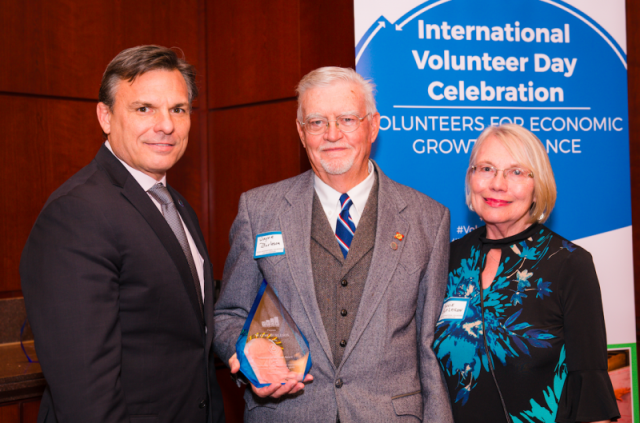